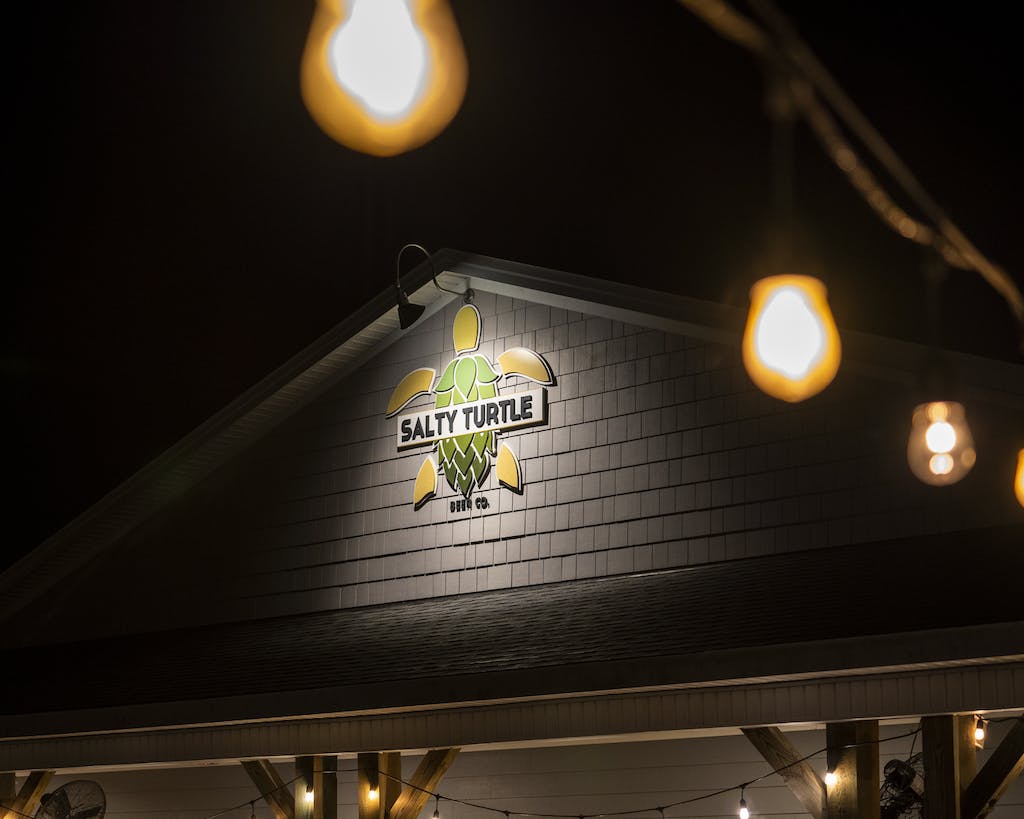 Co-owner, general manager, and active-duty Marine Dan Callender said the 10-month old brewery has leased 1,200 square feet in an adjacent building to make room in its brewhouse for two additional fermenter tanks and one bright tank, which is used to hold and carbonate beer in preparation for future keg distribution. Grains, hops, kegs, and other ingredients and supplies are now stored in the secondary building.

The new seven-barrel fermenters arrived on Oct. 8, expanding the brewery’s fermenting capacity from 18 barrels to 32 barrels at any given time.

“I anticipated the brewery doing well the first year but not to this effect,” Callender said. “This summer wiped us out of beer. When July 4th hit we were slowly diminishing our supply: we weren’t keeping up fast enough to replenish our stock. Even if we brewed 24/7 we didn’t have enough fermenters or tank space to brew.”

Now, as they approach their one-year anniversary in December, Callender said they have surpassed their goal of 400 barrels — one barrel is equivalent to roughly 200 gallons of beer, he said — and are well on their way to producing 500 barrels by the year’s end.

A niche market in the state’s fourth-fastest growing county
Callender and Kelley became friends while brewing from their garages in Holly Ridge.

“My wife was going on a run through the neighborhood and saw a garage sale, where if you bought something you got to try some free homebrew,” Kelley said. “So I was like, whatever, we’ll walk over there and look at what they got; met Dan, and that’s kind of how it all started.”

A San Diego native, Callender focused on creating the laid back, brewery-on-every-corner atmosphere of his hometown, one that meshed well with Surf City’s beach culture. Meanwhile, Kelley’s brewing philosophy was from the beginning straightforward: keep it simple and stick to true beer styles across the spectrum, from IPAs all the way to the brown ales in the winter.