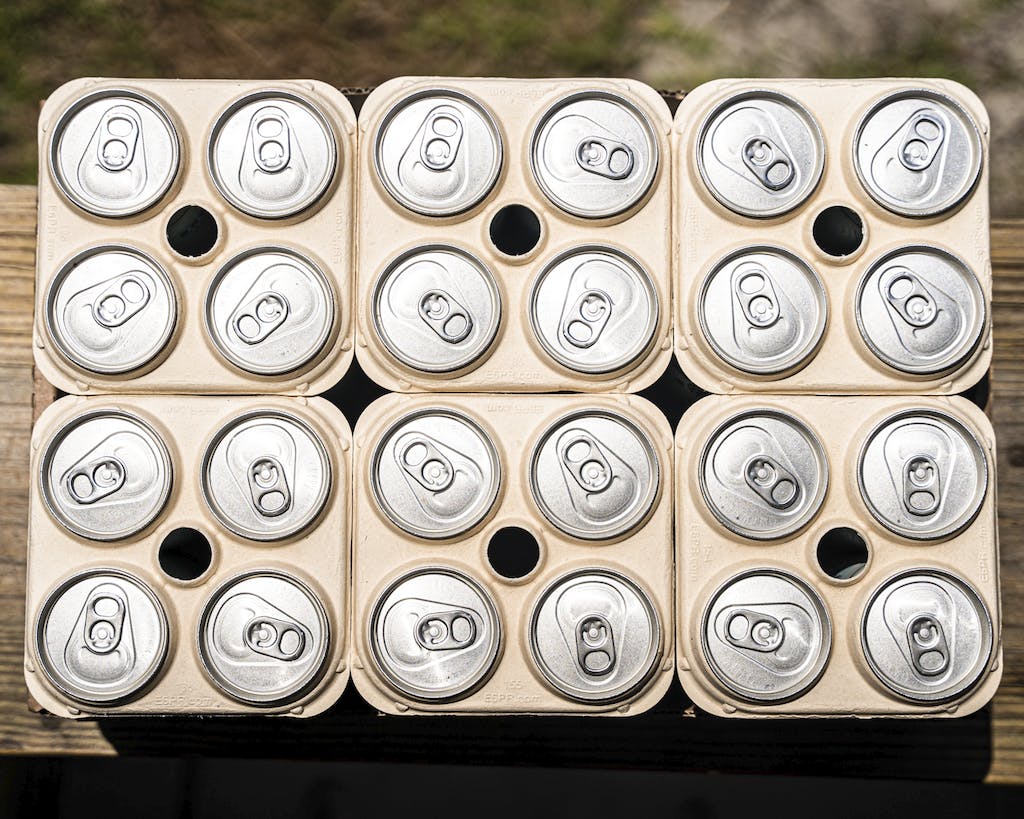 Though they are meant for compost, special four-pack rings, if ingested by wildlife, are made of edible materials that won’t harm animals or kill them

Forget cutting up plastic six-pack holders that are known to be potentially fatal to sea life — Salty Turtle Beer Company in Surf City has come up with a new solution.

The brewing company, which donates some proceeds to help the neighboring Karen Beasley Sea Turtle Hospital, is packing its beer in eco-friendly, bio-degradable materials. The brewery is the first in North Carolina to utilize this new technology.

A new four-pack ring from the company e6pr is composed entirely of waste that comes from brewing beer.

“From the beginning we’ve had this amazing alliance with the Karen Beasley Sea Turtle Hospital and this was just another way to circle back to helping reduce the trash and pollution on our beaches,” said co-owner Daniel Callender. He and two other military veterans, Dean Kelley and Zack White, opened Salty Turtle in 2017.

Since launching the new four-pack rings in November, Callender said the response was overwhelming and they’ve had press from as far as Charlotte. A few customers have come in just to request the packs sans beer so they have them to show friends and family.

Callender said he and the rest of the team hope their commitment to this new technology will inspire others in the area to follow.

Barley and wheat remnants from the brewing process is turned into a rubbery material that holds the cans together. It is 100 percent bio-degradable and compostable. The rings will degrade in days, not causing harm to wildlife in case of ingestion.